Today, May 31st the Church celebrates the Feast of the Visitation of the Blessed Virgin Mary.

At the Annunciation, the angel Gabriel visits Mary and says she’s been chosen to bear the Son of God. He also says that her relative Elizabeth, who was considered barren, is in the sixth month of her pregnancy.

Immediately after hearing this news, Mary travels to visit Elizabeth. This is known as the Visitation.

First, we’ll look at the Gospel account of the Visitation.

Then, I’ll share four lessons from this significant event.

In those days Mary arose and went with haste into the hill country, to a city of Judah, and she entered the house of Zechari′ah and greeted Elizabeth. And when Elizabeth heard the greeting of Mary, the babe leaped in her womb; and Elizabeth was filled with the Holy Spirit and she exclaimed with a loud cry, “Blessed are you among women, and blessed is the fruit of your womb! And why is this granted me, that the mother of my Lord should come to me? For behold, when the voice of your greeting came to my ears, the babe in my womb leaped for joy. And blessed is she who believed that there would be a fulfilment of what was spoken to her from the Lord.” And Mary said,

“My soul magnifies the Lord,
and my spirit rejoices in God my Savior,
for he has regarded the low estate of his handmaiden.
For behold, henceforth all generations will call me blessed;
for he who is mighty has done great things for me,
and holy is his name.
And his mercy is on those who fear him
from generation to generation.
He has shown strength with his arm,
he has scattered the proud in the imagination of their hearts,
he has put down the mighty from their thrones,
and exalted those of low degree;
he has filled the hungry with good things,
and the rich he has sent empty away.
He has helped his servant Israel,
in remembrance of his mercy,
as he spoke to our fathers,
to Abraham and to his posterity for ever.”

And Mary remained with her about three months, and returned to her home (Luke 1:39-56).

+ Mary’s Song of Praise is also known as the Canticle of Mary, Magnificat and Ode of the Theotokos 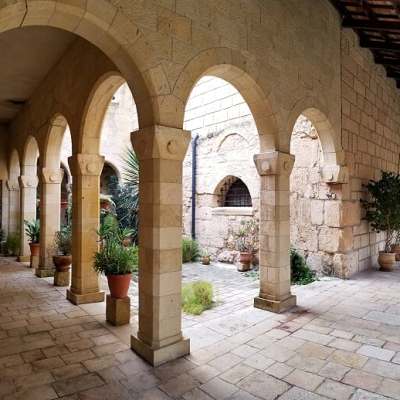 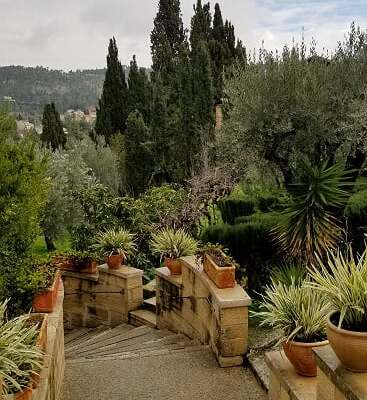 One thought on “The Visitation of the Blessed Virgin Mary”

Join 762 other subscribers
Follow One Small Rose on WordPress.com